About its Global Penetration

I'm in doubt with the PYRO-ENERGEN. Is there any scientific proof of it? 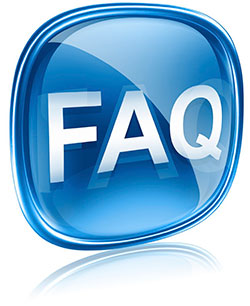 Isn't it true that science you know today failed to heal you? Then, why do you need scientific evidence? Your illness may remain as is if you just think about it, or because you have tried so-called modern devices previously and failed to get healed. That's why you cannot believe another machine anymore unless there's scientific evidence.

It's true that we receive many comments from both pro and anti groups. Some say that the PYRO-ENERGEN technology is a fraud. Others say it works remarkably with its wonderful technology.

The PYRO-ENERGEN technology cannot be explained by science alone. There are things beyond science. However, we do try to explain the secret of the PYRO-ENERGEN machine and how it can remarkably treat many illnesses in an utmost scientific way possible in this website.

We highly recommend that you read our literature "How PYRO-ENERGEN Works".

If PYRO-ENERGEN is so effective and can save many lives, why isn't it widely publicized in mainstream media?
The PYRO-ENERGEN would obviously become a real threat to the drug companies and international medical monopoly that controls the lives and deaths of the vast majority of people. The medical community protects the drug companies. They are all run by money and the no. 1 advertising sponsor of mass media are these pharmaceutical companies. But look at the statistics from modern medicines—they are shocking—millions of people die every year from modern medical procedures alone. However, in some parts of the world, there are a gradually increasing number of professional doctors and clinics that have been openly using the PYRO-ENERGEN to help their patients. This allowed the PYRO-ENERGEN to be brought to more and more people who are in need.

Is this FDA approved? If not, how can I be assured it is safe?
Of course, the PYRO-ENERGEN, just like most other alternative healing modalities (herbal products, etc.) are not FDA approved. The only products that they actually approve are mainly drugs and so-called high-tech medical devices. But still, FDA approval does not guarantee that a drug or product is effective and safe for use.

Aspirin for example is FDA approved, yet thousands of people die every year because of aspirin. Coumadin, Prozac, Diprivan, are all FDA approved but they're not safe! The truth is the FDA, or any other corresponding government agencies for that matter, is known to have some sort of financial ties with drug companies. Also, do you think you should trust an agency that approves the use of cigarettes for human consumption?

Why have we not seen more testimonials about the therapy?
We don't fabricate testimonials. We also don't pay any of our customer money just to write a testimonial. Considering the type of product we are selling, don't expect to see many documented testimonials and even a video testimonial. People in general are ashamed of disease, especially sexually transmitted ones. Few people realize or care about the fact that their one healing testimony can lead the way for hundreds of others. However, we do try our best to gather the most inspiring and genuine testimonials for you to read.

When is the best time to use PYRO-ENERGEN?
To maintain good health, daily PYRO-ENERGEN use is recommended. When you're suffering from any abnormal health conditions, it is good to use it as often as possible. We recommend a treatment frequency of 3-5 times a day, at 30 minutes per session. The more often you use it, the faster it can eradicate the root cause of the disease.

Using the PYRO-ENERGEN machine at night even while sleeping can end many sleepless nights including problems like insomnia and pain that gets worse at night. It can also help speed up the overall therapy.

Even if you don't have a disease, using PYRO-ENERGEN will still help you maintain good health and prevent disease.

Can I use the machine for just 1 session per day but for 2 hours or more straight?
This may be applicable if you are using the machine for preventive health maintenance. But if you are suffering from an illness, once a day of treatment despite increasing the usage time will not give you additional benefit and will only greatly lessen the efficacy of the therapy.

More than thrice a day (splitting up the usage time), e.g. 30-20 minutes per session, 3-5 times a day is very important as this is the key for successful and effective treatment of a disease.

The reason behind this lies on the existence of the outside negative energy force, in which the negative energy (disease-causing agent) that surrounds the patient's body is repelled by the PYRO-ENERGEN immediately after one session. Therefore, using the machine beyond the 30-minute timeframe is basically useless. However, it does come back at a later time (in some cases in just a few hours), requiring you to use the machine again. This explains why some patients suffering from an illness may feel immediate relief from symptoms like unknown body pain, migraine, weakness, nausea, etc., after using the PYRO-ENERGEN in just one session. However, these symptoms reappear later on the day, unless they do another session. In some cases, the negative energy is more active at night. Therefore, the efficacy of the overall therapy will depend on how often you use the machine.

How long will it take before the PYRO-ENERGEN eradicates the disease?
This is a case-to-case basis. We cannot exactly determine how easy it is for the machine to eliminate a specific disease as every person's body behaves differently. Depending on the disease, it can range from a few days, weeks, or months.

Can I still do things while using PYRO-ENERGEN?
You can use it while reading books, watching TV, etc. You don't even need to remove any metallic items worn such as wrist watch, necklace, ring, buckle and eyeglasses. However, using a phone, or personal computer while using PYRO-ENERGEN is not recommended. We have not tested this and the static electricity may damage the circuitry of these mobile gadgets.

Is it OK to use PYRO-ENERGEN on babies?
Absolutely. It is advisable that a baby or child sits on the lap of a guardian and they both sit on the PYRO-ENERGEN together.

Can this be used on animals or pets?
Absolutely. There's no problem.

Is PYRO-ENERGEN very complicated to operate?
The machine is user-friendly. It is very simple and easy to operate. Refer to "How to Use the PYRO-ENERGEN" for details.

Does PYRO-ENERGEN require maintenance?
No. The machine has no moving parts and does not require periodic maintenance.

What is the life expectancy of PYRO-ENERGEN?
The machine can last for at least 20-30 years when properly used under normal conditions.

How long have PYRO-ENERGEN been available?
Since 1968, and this was invented by Junji Takano.

Does PYRO-ENERGEN generate frequency and harmful electromagnetic field?
No.

Is using electricity for health a new concept?
No. The earliest recorded medical use of electricity is in 46 A.D. when the Roman emperors' physician recommended treatment with the electric torpedo fish for rheumatism and gout. Also, Benjamin Franklin used electricity to treat people with neurologic problems. So actually, electricity has been used for health treatment long before our generation! Only the PYRO-ENERGEN has the ability to eradicate the root cause of various diseases quickly and without any side effects.

Is PYRO-ENERGEN safe to use on someone with metal or electrical implants (such as a pacemaker)?
Yes. It is safe. Metal implants and pacemakers are embedded inside the body or placed under the skin. Since the PYRO-ENERGEN's negative static electricity is noninvasive, there's no way it can penetrate the skin and affect the implants. The law of static electric fields states that static electricity does not penetrate electrically conductive objects such as the human body. The field induces a surface electric charge that is always perpendicular to the body surface.

The only thing to remember is that implants that are 'wearable' electronic devices or are connected to other external device cannot use the machine as the static electricity might damage these electronic devices.

What will happen if I touch somebody or a grounded object while using PYRO-ENERGEN?
You'll receive a small amount of shock for a microsecond if someone touches you or when you touch a grounded object accidentally. This is like touching a doorknob and you get a shock because your body has strong static electricity buildup. Since the PYRO-ENERGEN produces extremely low amount of current, the shock is harmless and has no ill effects. To be electrocuted takes thousand times more electricity.

Can I sleep on the metal plate and be on it all night long?
Yes.